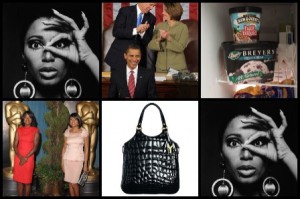 I learned 5 things this week. Thanks to my dear readers…

1. I need to see The Shawshank Redemption and Training Day. And I need to do more to support filmmakers that produce movies that don’t make me cringe.

There was a long back-and-forth in the comments section between Timothy and Michael. And they both made extremely good points about the current state of Black folks in film. I’m still not sure where I stand. Are Tyler Perry’s Madea films bringing us closer to having Oscar-worthy films? I don’t think so. But I can’t deny that his films appeal to someone. Lots of someones!

2. I’m not the only one who needs to stop eating for comfort and entertainment.

I admitted this week that I have a love affair with fatty rich foods that must end. Immediately.

I turned over a new leaf the day after I posted. For the past three days, I’ve eaten better. Not yet what one would call sensibly. But better. I haven’t had coffee since Tuesday. (On Wednesday, I was a grumpy mess. And I fell asleep in the middle of the afternoon. And woke up with a massive headache. But since then, I think I’ve kicked it. I’ve had soy chai lattes instead. Still fattening. But better.)

I’m actually started chronicling my eating habits here. So if you want to check in and tell me what you think about what I’m eating or just cheer me on, please feel free to stop by…

One thing I’ve noticed since I’m now paying attention to what I’m eating: I eat for no good reason sometimes. Particularly when I’m feeding Tog. If she has a handful of goldfish, I have a few too. Even if I’m not hungry. If she has a sandwich, I take a bite. (Gotta make sure that grilled cheese isn’t too hot, right?).

I have to be more conscious of the mindless eating. I’m sure it adds up.

I love how hardcore and honest the comments were in this post. I read things like, “I’ve decided to just call myself fat…” and “I’m an addict. Food is my lover.” Brutal honesty is important when it comes to our health and well being.

3. My dear readers do not have my back!

On the morning after President Barack Obama’s congressional address, I posted my usual random, inane musings. Not the real-deal doomsday discussions I discuss with TH in my private life. These were my lighthearted (and yes, frivolous) thoughts on a current event. Y’all know how I do.

Well. A commenter named Kwame was not pleased that I was wasting web space with such drivel. And he brought it to me in a long, ranting post. There were a lot of “WTFs” and cyber eye-rolling. I was frightened.

And did any of my dear readers jump in and say, “hey! No attacking Aliya! Go to cnn.com! We’re just having fun over here. Yeah. Even in a recession.”

Nope. None of y’all said a word. There was tumbleweed floating in my Comments section for a minute. One person who shall remain nameless, (cough-cough mike cough-cough), commented on my Facebook page instead. He said, “I would have posted on your actual site. But Kwame scared me…”

Hmph. So when The Killer starts commenting up in here and then the police tell me the comments are coming FROM INSIDE THE HOUSE! y’all just gonna sit back and say, “well, let me see what perez hilton is talking about…”

I reached out to Kwame. He’s a cool guy. Just very intense. And he explained why he went so hard in the post. And he made some good points. But I was still frightened.

4. We all think Donyale Luna would make a great story.

I feel like I’m so far away from being able to attack it the way I want to. But I’m grateful that my dear readers gave me their honest opinion on seeing her story in print... I’ll keep you posted.

Is it weird that I want another brown bag? After checking in with my fashionista friends, I really want a brown Ergo from Coach or that big sturdy Tumi that Retha has. I should buy a black bag. Makes much more sense. But I don’t want one. Silly, right? I don’t know. But I do know I’m excited about not being the only one who is a reformed anti-bagger. I may not ever be the super fly chick. But I’m thinking, maybe in a year or so,  I’ll have a complete wardrobe I’m totally proud of.

dear readers, what did you learn this week?

I’d love to hear from you!