I Will Be Your Father Figure

21 Jun I Will Be Your Father Figure 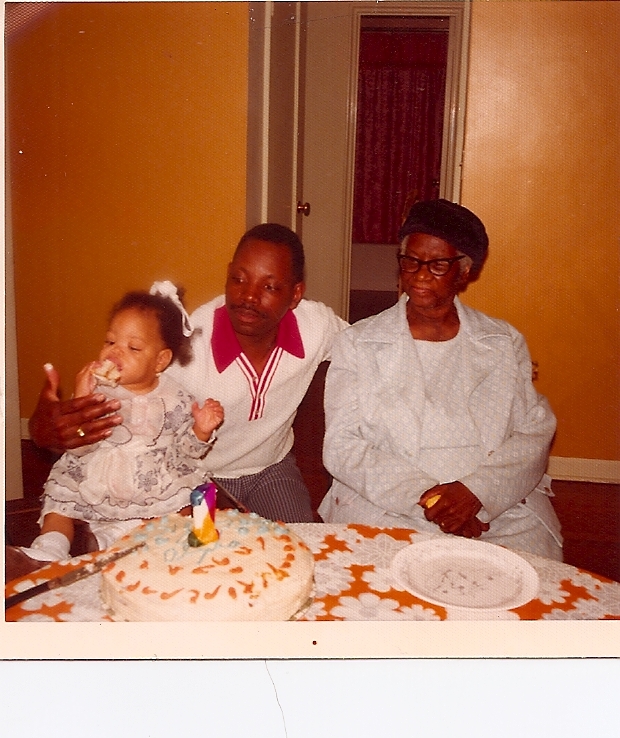 Me on my first birthday. With my dad, Robert E. King. And My great-grandmother Mozell Crawford.

When I was starting my first day of school, my dad kneeled down to my level for a pep talk. I had a lump in my throat. I was clutching my chocolate brown satchel tightly. It was a new school. A new grade. And I would be the youngest in the class. We both peeked into the classroom. Everyone was so tall. It could’ve been a lecture on quantum physics as far as I was concerned.

I nodded. I got up on tip-top to peer inside the glass door once more and my stomach did a flip flop.

“Just remember what I told you about your antennae. They’re right here,” he said, pointing to the top of my head, right where my tight ponytails were fastened.

“You see something that don’t seem right, your antennae will let you know. Now you can’t see ’em. But they’re in there. And they’ll never steer you wrong. Do your best.”

And with that, I was off. 1979. First grade. Columbian Elementary. My dad’s words rang in my head for years.

It’s the single most important bit of advice I’ve received from Robert E. King. And throughout my life, there have been many times when my invisible antennae were gesturing wildly: that dude ain’t no good. this magazine is not worth the trouble. this apartment is too good to be true. this chick is trying to play you out.

I haven’t always listened, of course. But I know it’s there. And I’m grateful my dad broke it down in a way a four year old could understand.

A tribute to dads. Near and far. For their love, understanding and wisdom. 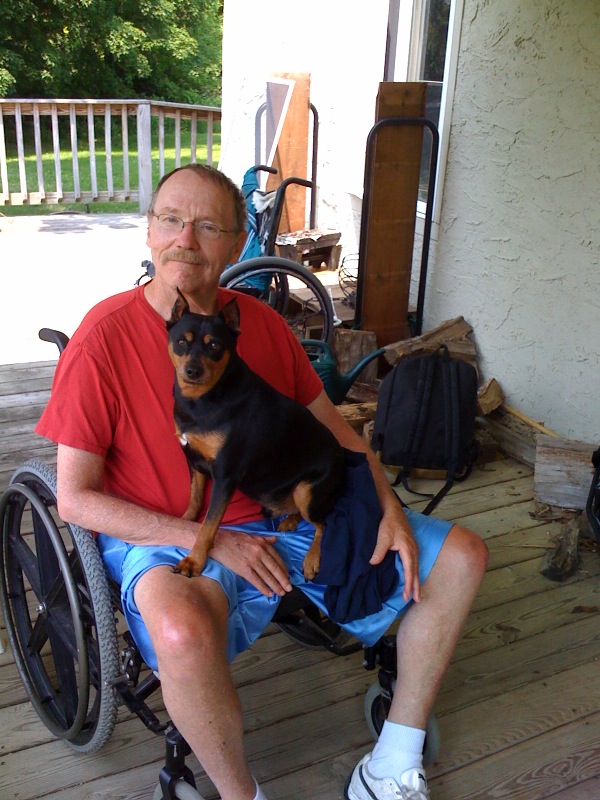 Dylan Siegler's dad: "My dad raised me more like a peer, an approach that in retrospect has its pros and cons, but nevertheless has kept us close to this day, and that he has always fed our relationship with inside jokes he responds to with his big cackling laugh. My dad shaped my identity in a lot of ways: the life-defining realization that nerdy and cool are not mutually exclusive, the tacit understanding of the value of holding one's cards close to the chest. He showed me how to be a real listener, cataloguer, and fan of music and obscure knowledge; he can still recite the starting lineup of the 1950 Philadelphia Phillies, and he'll spontaneously sing you a piece of any pop song ever written that might in some way correspond to what you're talking about or doing at the moment, from "Teenager in Love" to "Walking in the Rain" to "Superfreak" to "Hot Child in the City." He is an adroit and frequent user of profanity; he was always the "cool dad" who'd take in my hoodlum friends in high school when they needed a place to crash, but was clearly proud, if a little baffled, that his kid had turned out to be an overachiever. To that end, he argued valiantly in my defense when New York State said I couldn't graduate despite being second in my class because I'd skipped gym class too often, and he won. I love my dad for his ability to essentially to run over adversity of all kinds with his sort of baffling natural likability. He possesses many virtues to a fault: independent (won't ask for help), generous with money (he's always being taken by amateur cons passing for friends with convincing sob stories), a holder-down of the fort so stalwart he can't stomach change, and a loyal friend to those lucky enough to know him, whether they deserve his friendship or not. My dad doesn't ask anything of me and never has, which has taught me to intuit what it is people need, and what he needs. Which is all the more important since muscular dystrophy put him in a wheelchair in 1994, stripping away any last veil of "normal" he might have been holding up. I love my dad for his response to this fate--essentially a 15 year barrage of self-effacing, uninhibited, rated-R comedy. He takes the concept of the normal paternal role-model--and the "normal" everything else for that matter--turns it sideways, shakes it up, and laughs at it, and for that, I love my dad. 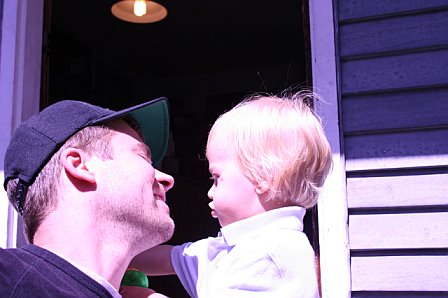 Ryan Fischer-Harbage with his son Evan."I love my dad. Although now that I am raising my own son, I understand mydad's parenting decisions less and less. Still, I accept that while ourideas of parenting are different it doesn't mean that my parenting is betterthan his (despite my temptation to think so). My dad valued financialprovisions over physical presence. I'm the inverse, though I do see that Imust earn a living to provide for my son. My dad taught me the value ofhard work and showed me through his example that I can make my own way. I'mgrateful for that. 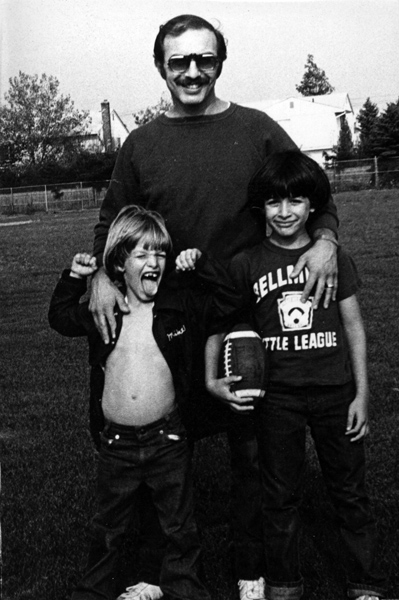 Mike Schreiber with his dad, Len: "my dad came with me to help me move into my dorm room freshman year of college. i remember we were standing in the stairwell taking a breather, and this incredibly beautiful female student came walking down the steps. all i could do was stare at her, but my dad smiled and said "hi". to my astonishment, the beautiful woman smiled and said "hi" back and continued down the steps. my dad turned to me and said, "just smile and say hello", the worst someone can do is ignore you... but why would they? sometimes the most simple advice is the most profound. my dad grew up in the brownsville section of brooklyn, fighting every day of his life. he worked really hard to make sure that my brother and i wouldn't have to. for that, i shall be forever grateful. he's a great man." 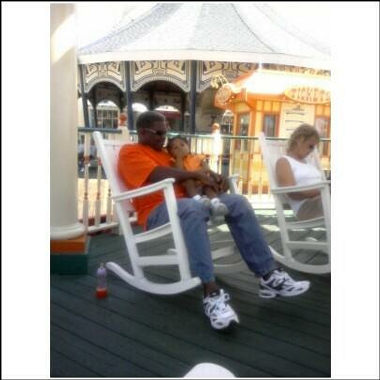 Karen Sims' dad with his granddaughter Ahry: "I love my Daddy...I would not have become the fierce ball of craziness I am without HIM! He taught me how to pray and to fight! 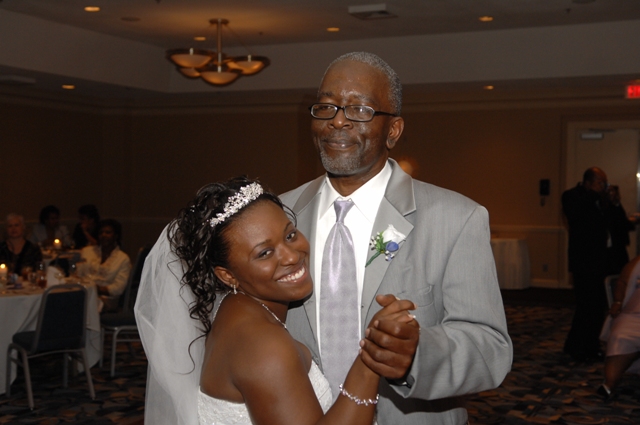 I love my daddy too!!! I always tell people how he reminds me of Cliff Huxtable. He tells all these pointless stories that your supposed to get some life lesson out of -- but they sound so crazy youre just like "...huh?" Thats my dad! The man with the crazy stories and the silly jokes but always knows how to keep me laughing. He definitely taught me the meaning of a quiet storm because he sure is one 🙂 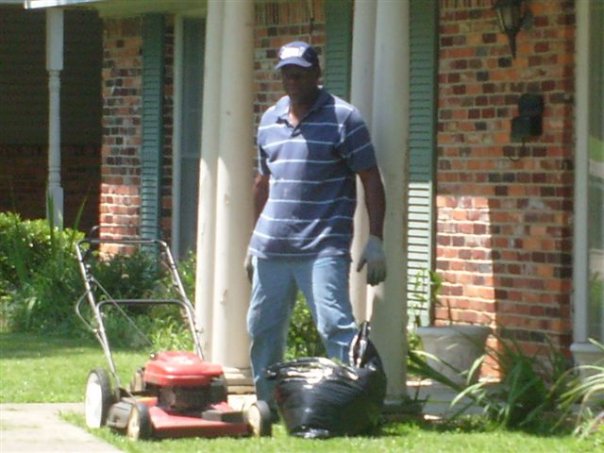 Ava Duvernay's dad: My Pop is Murray Maye of Lowndes County, Alabama. Here he is doing one of his favorite things - working in the yard. He is one of eight brothers. He came to Los Angeles in the late 70s, met my Mom, and married her and her three little girls. He is a man of simple pleasures, but is anything but a simple man. Pop is strong, kind and has taught me so much. Last year, I jotted this down in my journal. It sums up how I feel about him and why. "Just off the phone with Pop. At one point, I ask how he is. He said I can't complain and if I did it wouldn't matter anyway. He said, Everyday I walk outside and see the sunshine and am thankful cause it doesn't have to be that way. Those are pretty much his exact words. Love him." Happy Father's Day, Pop 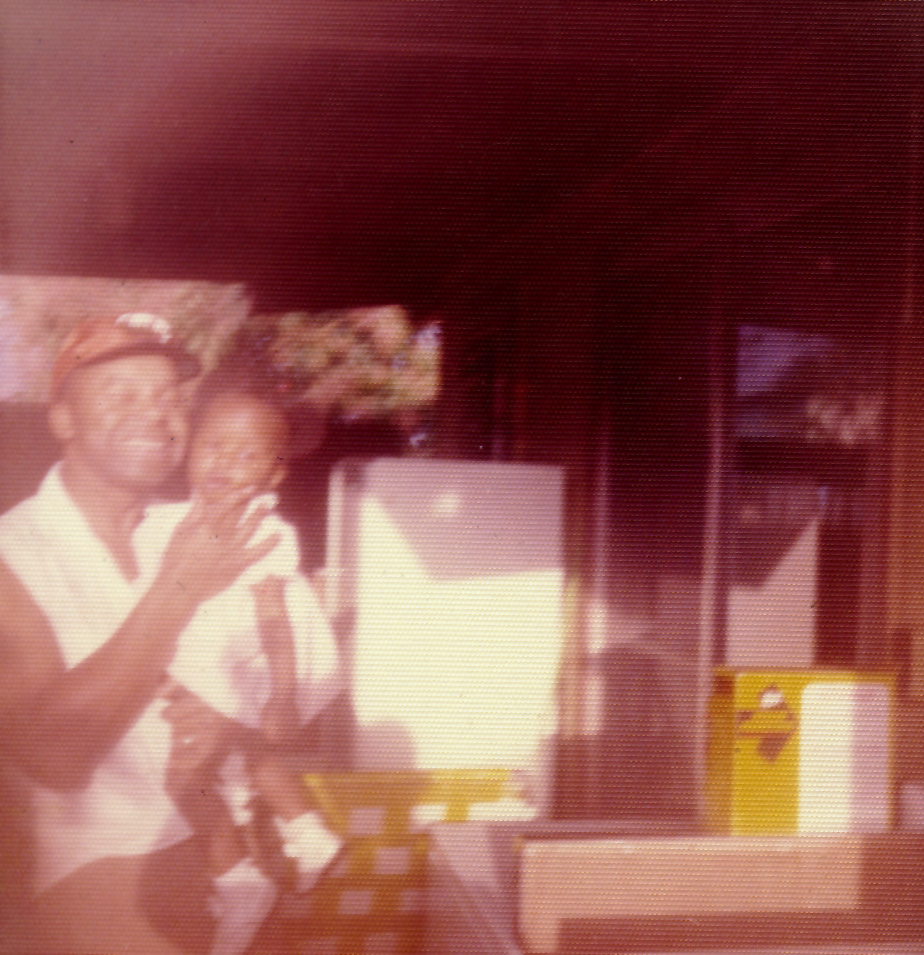 Eunice Hart and her dad: "James Edward Hart passed away in 1994 but, has never actually left us. We talk about him regularly. In fact, my son said tonight he sounded like he was fun to be around and wished he was still here after we told him about another one of his -isms. He sacrificed a lot for us and we never even knew it. I was very sheltered and didn't realize there were others who grew up without fathers until I was in college. He did everything for us and as I got older, I realized we were enough for him." 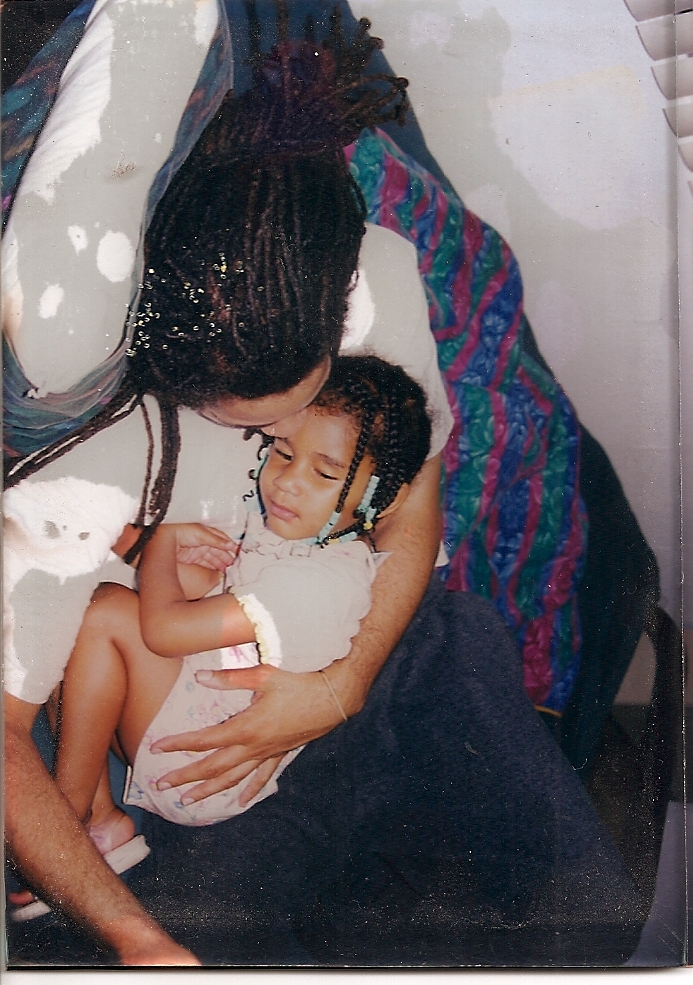 Tell me about your dad. Did you spend time with him on Father’s Day? Do you wish you could have? Are you sorry you did? Are you a father yourself? Doing things differently? Are you married to a man who is a great dad?

I’d love to hear from you! 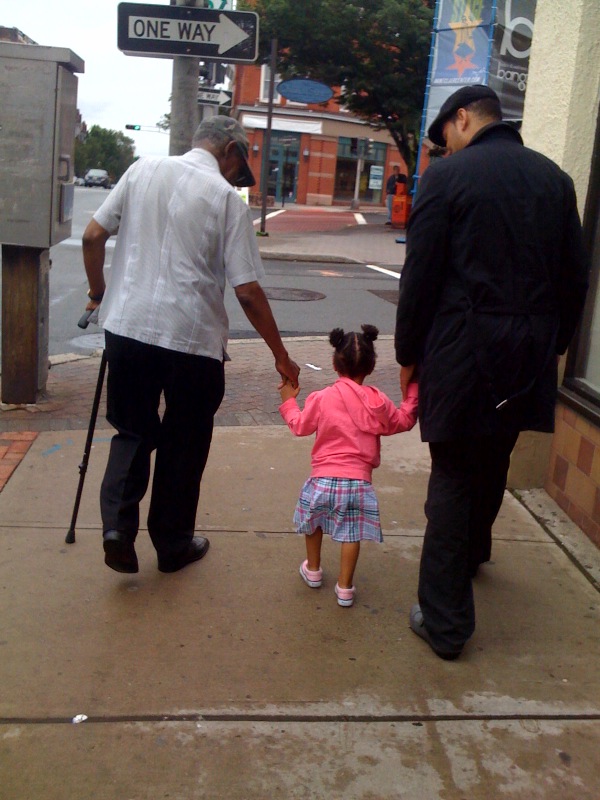