Sometimes, random thoughts pop into my head and I think to myself: I wonder what my Dear Readers would make of this? But it doesn’t seem meaty enough for my posts. But alas, these are things that must be discussed. So I’m introducing a new section: Quickies.

Here are my issues this week:

We all know that after OutKast blew up, he kinda went stratospheric on us. A little high-falutin’. Started strumming a guitar, painting, acting and launched a quirky clothing line. (Why do rappers always pick up a guitar when they’re ready to show that they’re not just rappers?)

He wasn’t doing much rapping. At least not much that I heard. And then he popped up on a remix on UNK’s Walk It Out. And he killed his verse:

I loved that line. At the time, every rapper I interviewed was saying real talk at least twenty-two times in an interview. I would think to myself. Wait, so what you said five minutes ago, that was NOT real talk? Shouldn’t I assume that everything you say is real talk? I’m confused.

But my favorite line from that remix was this one:

That’s what I call a seismic shift verse. You don’t want to be wearing a white-tee when that song comes on. And I will bet money that verse help kill the white tee phenomena. It was like when Jay-Z said, and I don’t rock jerseys, I’m 30-plus/give me a crisp pair of jeans and a button up on “What More Can I Say.”

And then, there was Andre’s verse from UGK’s “Player’s Anthem,” which I could listen to on repeat for three days straight. The whole verse is fire. And his hotness can be reduced to one line:

And he didn’t follow that line up, (the way Jay-Z would), by saying, get it? Gladys Knight!

Nope, the love affair is officially over.

I just signed up for pandora.com, the online radio station. (Check it out. I love it). And one of the songs on the playlist is John Legend’s “Green Light” which features a verse from Andre 3000.

I’ve heard the song on the radio a few times. Love Andre’s verse. His back-and-forth with a potential girlfriend-for-the-night is cute. There’s this one line…

So I went hard like Medusa staring at me/Let’s blow this lame sausage factory.

Of course, “sausage factory” is a euphemism for a place with too many men, (aka sausages). A little crass. But it goes over TheOtherGirl’s head so I don’t mind.

But this morning, on Pandora, I heard the unedited version:

So I want hard like Medusa staring at me/Let’s blow this lame nigga factory.

I looked up from my monitor with my eyebrows knitted.

Did 3000 just call a club full of Black men a “lame nigga factory?”

Maybe it’s the Obama affect. But I’m annoyed that Andre dropped that line.

Now, there are a million instances of the word “nigga” used in hip-hop that probably should bother me but don’t. But for some reason, the words “lame nigga factory” coming out of Andre 3000’s mouth get a stamp of SO WRONG from me.

Love this girl. Rich, throaty voice. Sublime lyrics and vocal productions. Closest thing we’ve got to you-know-who. (I’m not even gonna say the name ’cause she’s been gone for too long. And I’m tired of always throwing out her name anytime someone comes out sounding soulful. But Jazmine does have the you-know-who effect going on).

What in the holy hell is going on here? And I do NOT want to hear anything about how they were going for an artsy look so they used a negative effect on the photo. NO. no. NO. Jazmine is a chocolate cutie-pie. She is a dark-skinned Black woman. But her album cover depicts someone who is NOT dark-skinned. Period. Marinate on that. I’m listening dear readers. You explain that one to me.

I know, I’m late on this one. Her album’s been out for quite some time. But every time her album cover pops up on my i-tunes I get mad all over again. So we’re discussing it now.

And last but not least. I was reading People the other day and came upon this story about Beyonce’s new ‘do. 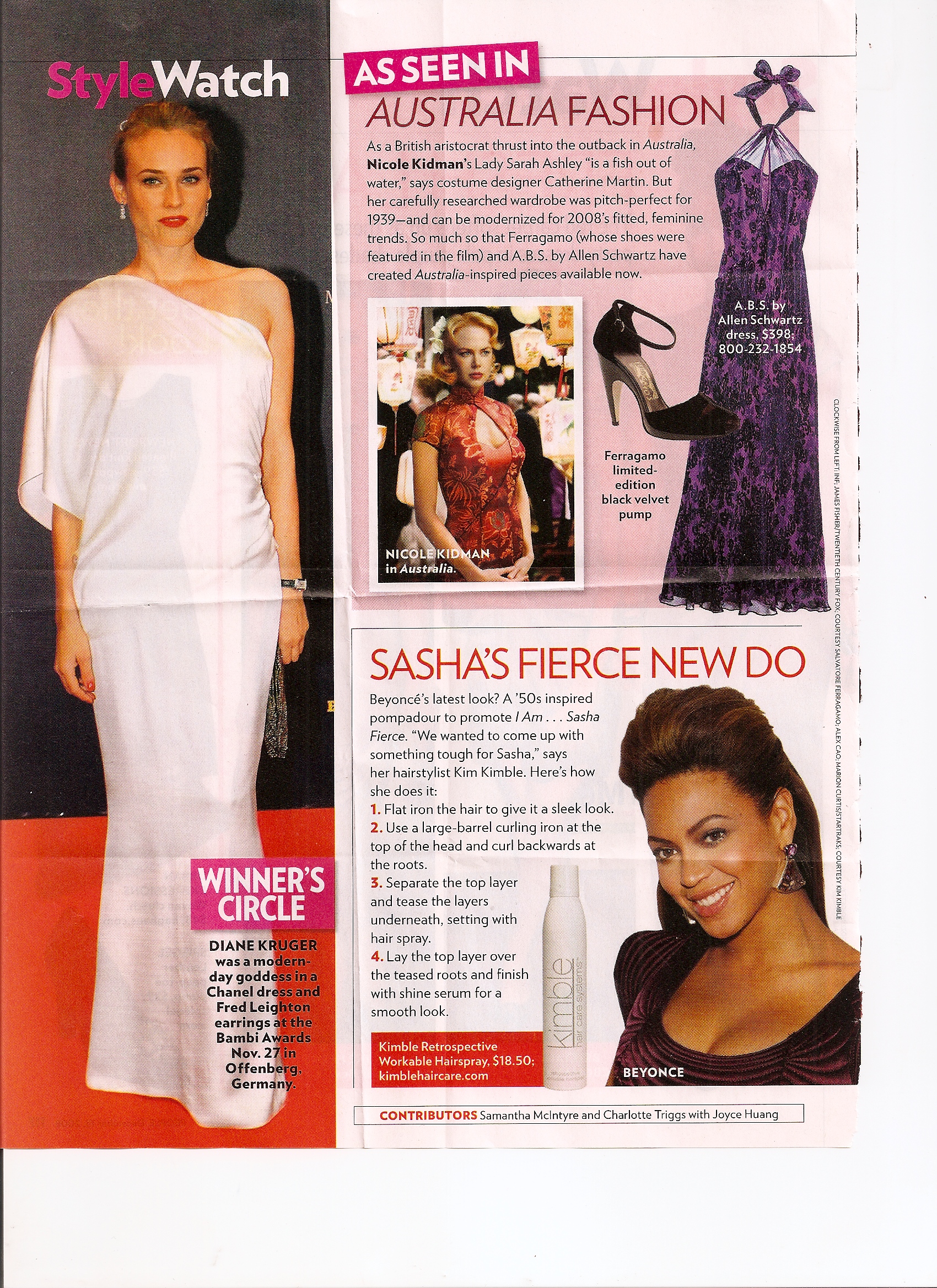 Her, hairstylist, Kim Kimble, gives the rundown on how to get Beyonce’s pompadour-inspired look. Here are the steps:

3. separate and tease the hair

4. lay the top layer over the teased roots

Easy! Right? Well. Maybe not. Does anyone else notice that Kim missed a step?

It reminds me of when I flip through hair magazines in the salon. And it will say, “How To Get Janet Jackson’s Look!” And they will talk about Janet’s curly locks and how she has to use a deep conditioner and run it through after she showers and then curl her hair around a pencil or some such nonsense.

And I want to say:

When do you put the weave in?

Is Kim Kimble telling me that she comes to Beyonce’s house and just starts flat ironing “her” hair? There are no lace-fronts popping off first? No needle-and-thread? No glue? No beads? No microbraids circling her scalp first?

I am NOT knocking weaves. My hair is natural. Haven’t had a perm in years. And I will still get a blowout and throw a track in my hair if I feel like it. But it always makes me chuckle when I read articles about Black hair care that always conveniently skip the insert-fake-hair step.

Dear readers, what are your thoughts? Does Andre’s lame nigga factory line get under your skin too? Or am I making a big deal out of nothing? Do YOU see something wrong with Jazmine Sullivan’s album cover? Or am I crazy? And while there may not much to be said about my hair-weave observation, I have another Beyonce-related question for you. Can you do the dance? I’m not ashamed to admit it. I’m learning. Thanks to this handy video…Ha.

Looking forward to hearing from you all…